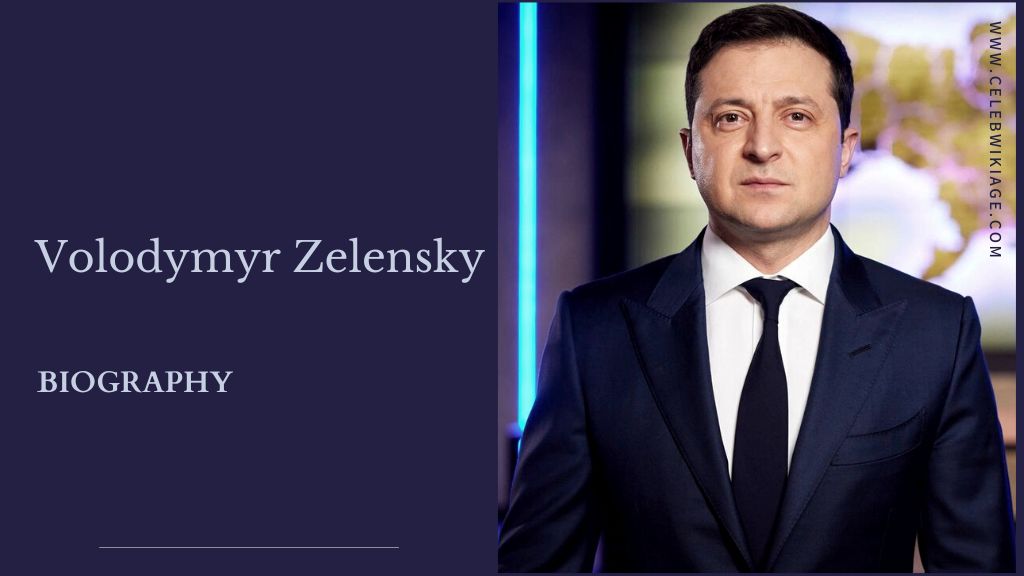 Volodymyr Zelensky is a Ukrainian politician, and former actor and comedian, who is the sixth and current president of Ukraine.

Volodymyr Zelensky was born on January 25, 1978 in Krivy Rih, Ukraine (a city in central Ukraine), which was then under the Soviet Union. He was born to Jewish parents. He is also a Russian speaker.

His father, Oleksandr Zelensky, was a professor and head of the department of cybernetics and computing hardware at a company. His mother, Rimma Zelenska, worked as an engineer. His grandfather, Semyon, served in the Red Army (in the 57th Guards Motor Rifle Division).

Volodymyr Zelensky completed his early studies from a local school in the Ukrainian city of Krivy Rih. He later enrolled at the Krivy Rih Institute of Economics, then earned a law degree from the Kyiv National Economic University, however, he never worked in the legal field after obtaining his law degree.

Instead Zelensky went into the entertainment field by becoming a comedian. He spent several years with the comedy group “Quartl 95”. He also starred in several TV shows and feature films.

On the show, Zelensky played a high-school history teacher in his 30s who won the presidential election after a viral video was shown. He was condemning the Ukrainian government in that video.

His show portrayed the growing corruption within the Ukrainian government in a very dramatic way and his show was a huge hit among the people of Ukraine.

The year the show ended, Zelensky announced his candidacy for the presidency.

In September 2003, Zelensky married Olena Kiashko. Both studied in the same school. According to Zelenska she and her husband grew up in an openly and predominantly Russian environment and had no relatives who spoke Ukrainian.

He also followed his passion for comedy and formed a production company named Quartle 95. His company produces films, cartoons and several television shows including Servant of the People in which Zelensky played the President of Ukraine.

Zelensky’s rise in politics was a tumultuous period in the history of Ukraine. In 2014, Russia annexed Crimea and supported the separatist movement in eastern Ukraine.

In the same year, then-president Viktor Yanukovich was removed from office after heavy protests. Petro Poroshenko became president of fragile Ukraine in 2014.

It was ‘anti-corruption’ sentiment among the population that paved the way for Zelensky, who portrayed himself as an anti-corruption leader in ‘Servant of the People’, eventually becoming the leader of the country.

In 2019, he contested for the presidency and decisively defeated Poroshenko. Zelensky’s victory was a landslide as he received 73.2% of the vote. On May 20, 2019, he was sworn in as the sixth President of Ukraine.

Some Facts About Volodymyr Zelenskyy

Ukraine’s President Volodymyr Zelensky is winning the hearts and support of people around the world, even as his country is in the midst of a war declared by Russian President Vladimir Putin.

Volodymyr Zelensky refuses to leave the country, even though Russian attacks have overtaken the Kyiv capital and 198 civilians have been killed so far.

When America offered to help him in this, he refused to evacuate the country. According to a senior US intelligence official, he said, “The fight is here; I want ammunition, not a ride.”