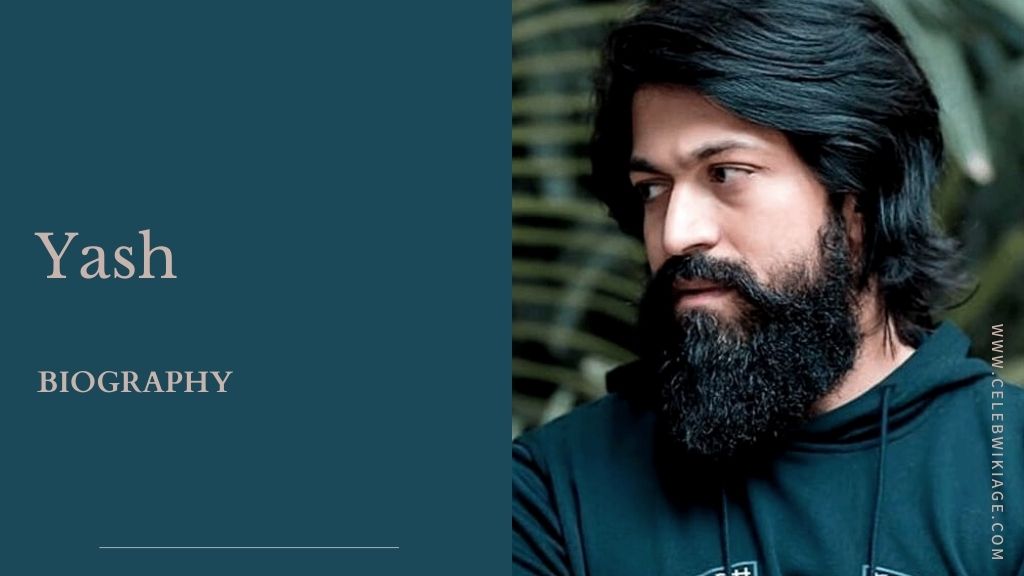 Naveen Kumar Gowda better known by his stage name Yash, is an Indian actor. He works mainly in Kannada language films and is a television actor. He is one of the most successful and highest-paid actors in the Kannada film industry. He made his film debut with Jambada Hudugi (2007).

He attained pan-India stardom after massive success of K.G.F: Chapter 1 (2018) and K.G.F: Chapter 2 (2022) which made him one of the most popular film stars in the country.

Yash (Naveen Kumar Gowda) was born on 8 January 1986. He was born to a vokkaliga family in Boovanahalli, a village in Hassan district of Karnataka. His father, Arun Kumar J. worked in the KSRTC transport service, and later in the BMTC transport service as a driver, and his mother, Pushpa, is a homemaker.

He has a younger sister, Nandini. His childhood days were spent in Mysore, where he did his pre university course (PUC) in Mahajana Education Society (MES). After his studies, he joined the Benaka drama troupe which was formed by dramatist B. V. Karanth.

Yash is married to Radhika Pandit. The couple, after being together for several years, got married on 9th December, 2016. They have a daughter and son.

Yash started his acting career with the teleserial Nanda Gokula directed by Ashok Kashyap, which aired on ETV Kannada. He went on to appear in several other teleserials such as Malebillu and Preeti Illada Mele.

His performance in Preeti Illada Mele was much appreciated. Yash stepped into the Kannada silver screen with a small role in the Priya Hassan directed film, Jambhada Hudugi in 2007, which went unnoticed by a large section of the audience.

He then acted in Moggina Manasu directed by Shashank in 2008, where he was paired opposite his Nanda Gokula co-star Radhika Pandit. It was not a full-fledged role, however, the role brought him much recognition.

He won the Filmfare Award for Best Supporting Actor for his performance in the film. Yash then starred in lead roles in critically acclaimed films like Rocky (2008), Kallara Santhe (2009), Gokula (2009), etc.

In 2018 he starred in K.G.F: Chapter 1, which was released in Kannada along with dubbed versions in Hindi, Telugu, Tamil, and Malayalam. It emerged as the highest grossing film in Kannada industry, collecting over ₹250 crore. Success of the film gave him pan Indian recognition, receiving significant following in Telugu, Tamil, Malayalam and Hindi languages. He also appeared in K.G.F: Chapter 2 which released in 2022 with highly positive reviews. It is the most expensive Kannada film with a budget over ₹100 crore.

In 2017, Yash, along with his actress wife Radhika Pandit, founded an organization and named it as Yasho Marga Foundation which marks their contribution towards the betterment of the society. As a first step, the foundation took up the water crisis issue in Koppal district of Karnataka by reportedly investing ₹4 crores towards the desalination of the lakes and providing pure drinking water to the drought affected areas.