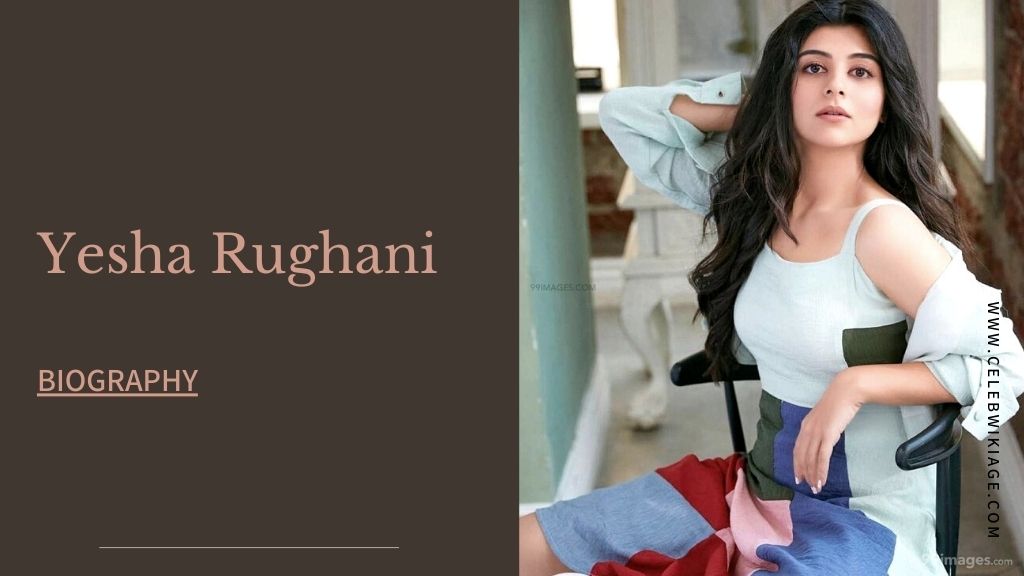 Yesha Rughani is an Indian actress. She mainly works in Hindi Television Industry. She is known for playing the role of Muskaan in Star Bharat’s TV serial Muskaan. Apart from this, she has also worked in TV serials like Jeet Gayi To Piya More, Hero – Gayab Mode On.

She was born and brought up in Rajkot. She lives in Mumbai with her sister, the rest of her family lives in Rajkot. She did her internship under designer Ami Patel who has worked with popular Bollywood actresses like Priyanka Chopra, Alia Bhatt, Madhuri Dixit.

In 2017, Rughani made her television debut with Jeet Gayi Toh Piya Morey opposite Krip Suri. She got praise for her dual roles as mother and daughter, and was extremely well received.

After that from May 2018, she played the titular character of a young woman who was ostracized by society due to her mother’s profession in Muskaan, a role for which she earned critical acclaim and huge fan base.

In 2020, she started starring as Zara in Sony SAB’s fantasy series Hero Gayab Mode On.

From 3rd January 2022, she has started a new comedy drama series named Kabhi Kabhie Ittefaq Se in which she has played the character of Gungun Bhatnagar. Which is being broadcast on StarPlus.