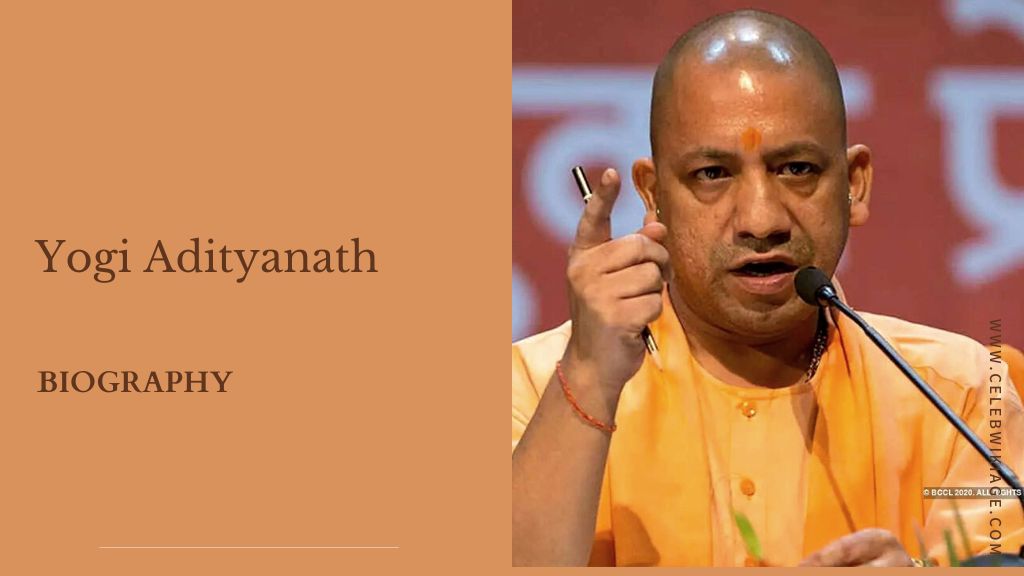 Yogi Adityanath is an Indian Hindu monk and politician serving as the 22nd and current Chief Minister of Uttar Pradesh, in office since 19 March 2017. He is also the founder of Hindu Yuva Vahini, a Hindu nationalist organisation. He has an image of a Hindutva nationalist and a right-wing populist.

He started his political journey during the wave of Babri Masjid demolition and Ram temple construction. Apart from being a leader, he is also the founder of Vishwa Hindu Vahini. He established this institution in the year 2002.

In the 2022 Uttar Pradesh Assembly Elections, CM Yogi Adityanath has won the election from Gorakhpur seat. CM Yogi has won by 1 lakh 2 thousand votes. With this, Yogi is on his way to become the Chief Minister of Uttar Pradesh for the second time.

Yogi Adityanath take oath as chief minister of Uttar Pradesh for the second straight term during a grand ceremony at Atal Bihari Vajpayee Ekana Cricket Stadium in Lucknow, the state capital on 25 March 2022.

Yogi Adityanath was born as Ajay Mohan Bisht on 5 June 1972 in the village of Panchur, in Pauri Garhwal, Uttar Pradesh (now in Uttarakhand). He was born in the Garhwal Rajput family. His father is Anand Singh Bisht. His mother’s name is Savitri Devi.

His father is working as a Ranger in the Forest Department. He is the fifth of his seven brothers and sisters. He has two younger brothers. He has two elder sisters and one elder brother.

After this he did his B.Sc. Completed Maths examination in 1992 from Hemvati Nandan Bahuguna Garhwal University, Uttarakhand. He joined Rishikesh in 1993 to pursue his post graduation in science.

Around 1992-93, the issue of Ram temple was in full swing, influenced by this issue, Yogi Adityanath left his house and became a part of this movement. Because of this, his mind also wandered from his studies. Finally in 1994, he took the initiation of complete retirement.

Adityanath renounced his family in 1993, at the age of 21 and became a disciple of Mahant Avaidyanath, the then high priest of Gorakhnath Math.He was promoted to the rank of Mahant or high priest of the Gorakhnath Math after the death of his teacher Mahant Aavaidyanath on 12 September 2014. Yogi Adityanath was made Peethadhishwar (Head Seer) of the Math amid traditional rituals of the Nath sect on 14 September 2014.

Yogi Adityanath was appointed Avaidyanath’s successor as the Mahant of Gorakhnath Math in 1994. Four years later, he was elected to the Lower House of the Indian Parliament (the Lok Sabha).

After his first electoral win, Adityanath started his own youth wing Hindu Yuva Vahini, which has been known for their activities in the eastern Uttar Pradesh and was instrumental in Adityanath’s meteoric rise.

Adityanath was a prominent campaigner for the BJP in the 2017 assembly elections in the state of Uttar Pradesh. The state government appointed him Chief Minister on 18 March 2017

In his first cabinet meeting, held on 4 April 2017, the decision was taken to forgive loans to nearly 87 lakh small and marginal farmers of Uttar Pradesh, amounting to ₹363.59 billion (US$4.8 billion).

On 31 October, Adityanath announced that a Prohibition of Unlawful Religious Conversion Ordinance, 2020 to curb “Love Jihad” would be passed by his government.

In July 2021, Adityanath introduced the UP population control draft bill 2021–2030. On the event of World Population Day, the chief minister unveiled the policy on reducing the population growth for the forthcoming years.

Some Facts About Yogi Adityanath