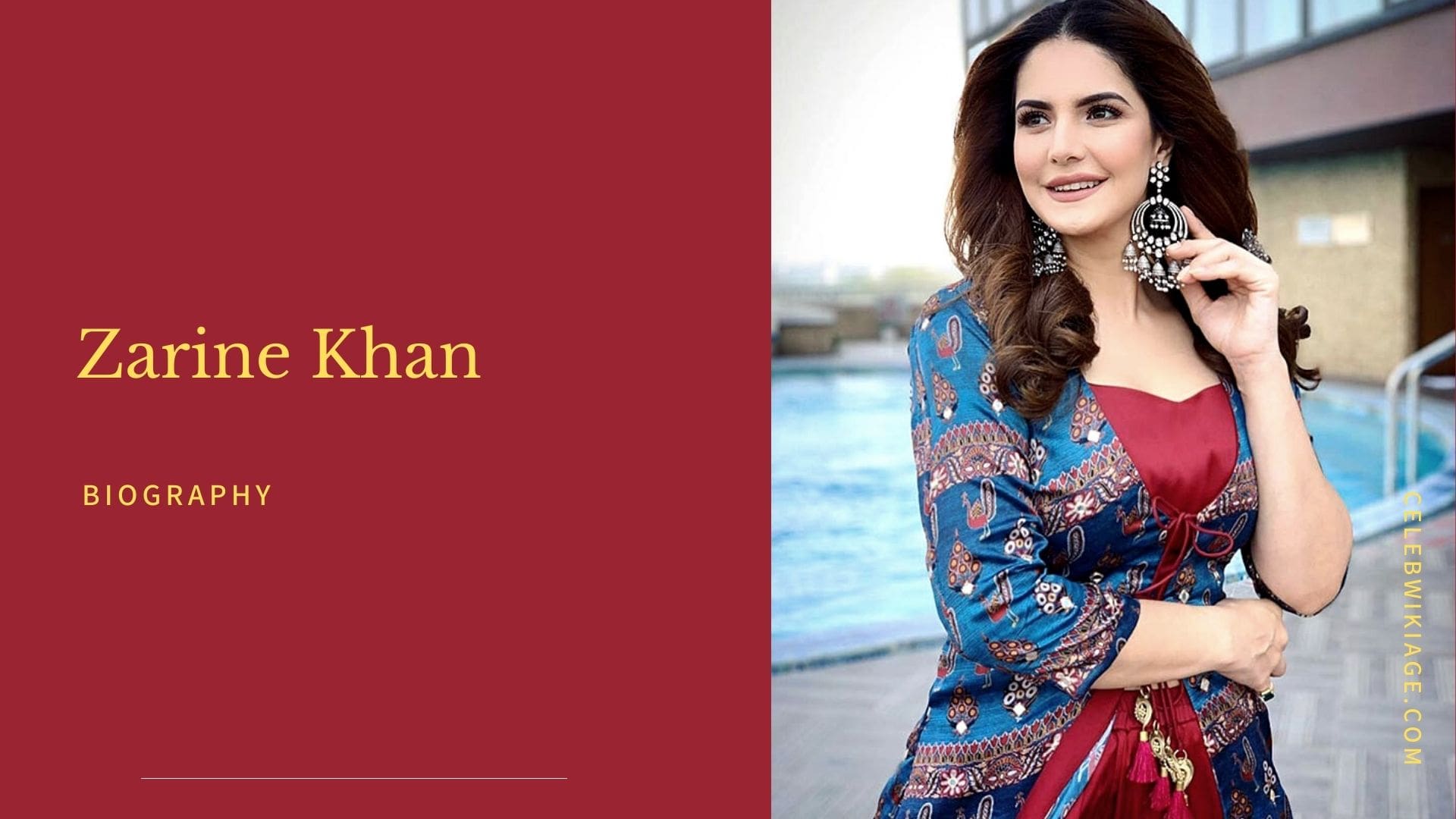 Zarine Khan is an Indian film actress. Apart from Hindi films, she has also acted in Punjabi, Tamil and Telugu films. Zarine made her acting debut with actor Salman Khan’s film ‘Veer’.

Zareen Khan was born on 14 May 1987 in Mumbai, Maharashtra. Zareen was born in a Muslim family. Zareen has a sister.

He completed his schooling from Duruelo Convent High School, Mumbai. After this he started his college studies from ‘Rizvi College of Science’, Mumbai. However, later she left college only halfway for modeling and acting. Apart from Hindi and English language, Zareen also knows Urdu, Marathi and a few Pashto languages. Zarine  was very brilliant in her studies during her school days and always scored above 90%. She wanted to become a doctor, but her dream could not be fulfilled due to the weak financial condition of the house.

Zarine Khan enrolled in Subhash Ghai’s film school Whistling Woods to learn acting. She was spotted by actor Salman Khan on the sets of the Hindi film Yuvraj. On seeing Zarine, Salman decided to cast her in his upcoming film Veer.  In this way, Zarine got a chance to work with actor Salman Khan in the film Veer directed by Anil Sharma in the year 2010.

After this Salman Khan gave her a chance to act in an item song of his film Ready . She danced with Salman on the song ‘Character Dheela’ from this film.

Zarine walked the ramp at the ‘Indian International Jewellery Week at YS18 in the year 2012. Zarine’s second film was also released in the year 2012 itself. The name of this film was  Housefull 2 and the director of the film was Sajid Khan. The film featured Akshay Kumar, Asin Thottumkal, Jacqueline Fernandez, John Abraham, Riteish Deshmukh, Shazahn Padamsee and Shreyas Talpade in the lead roles.

In the year 2013, Zarine made her debut in Tamil films. She danced in the song ‘Malgove’ from the movie Naan Rajavaga Pogiren.

Zarine also made her debut in Punjabi films in the year 2014, acting as ‘Lali’ in the Punjabi film Jatt James Bond.

In the year 2016, Zarine was seen dancing to an item song in the film Veerappan . The name of the song was ‘Khallas’.

In the year 2017, Zarine acted in the film Aksar 2 directed by Anant Mahadevan.

In the year 2018 also, Zarine was seen acting in the film1921 . In this film, she played the character named Rose.

Talking about the year 2019, he made his debut in Telugu films that year. Her first Telugu film was Chanakya, in which she acted as agent ‘Zubena’.